We’re excited to share a special blog feature by Melissa McShane, author of the Extraordinaries series, beginning with BURNING BRIGHT, and the novels of Tremontane, SERVANT OF THE CROWN, RIDER OF THE CROWN, and AGENT OF THE CROWN. Today Melissa shares her experience about the writing conference she attended this year. Happy Reading!

Forget About the Rope

Ongoing education is important for any writer. Conferences, online courses, books—it all contributes to your growth as a writer (and publisher, for us indies). In April, I attended my first live writing workshop, steered by Kristine Kathryn Rusch and Dean Wesley Smith. The focus was fantasy writing. And I was extremely nervous about going.

Some of that was that I didn’t know what to expect. We had a substantial reading list, and the other members of the workshop, all of whom were veteran workshop attendees, made it clear that the writing load during the workshop was heavy. Some of it was the thought of driving from Utah to Lincoln City, Oregon; I had my husband with me to do the driving, but it’s still a long trip. And some of it was the thought of having bestselling authors read and critique my work. Very intimidating.

And then came the first writing assignment. Kris gave us a list of creatures or character types (warlock, insurance salesman, honeybee, things like that) and told us to pick two, one for a protagonist, one for an antagonist, and then write a story in which the antagonist was besieging our home town. I picked witches (protagonist) and household cleaning products (antagonist). I have no idea what I was thinking, except “those cleaning agents can be caustic.” I wrote my story—the instruction for all stories for the workshop was that they should be single drafts—and then wondered if I was crazy for not making it goofy, or for choosing that at all. But there it was, and I didn’t get any other ideas to replace it. More on that later.

For the workshop, we stayed at the Anchor Inn, which is seriously quirky and very comfortable. Everyone got a suite with a bedroom, sitting room, and bathroom connecting them. They didn’t charge me any extra for my husband, Jacob, to stay with me, and I became extremely grateful to have him around as writer support. He went out to get me fish on a regular basis. The workshop itself was conducted via video chat, as Kris had recently moved to Las Vegas for her health. It didn’t affect the quality of the workshop at all; in fact, I think it was slightly less intimidating not to have her in the room with us.

There were seventeen workshop attendees in all, and I immediately felt at home with them. We didn’t see much of each other, but had fun getting together for breakfast and getting to know each other from our writing. Because it turned out Kris and Dean weren’t the only ones reading our assignments. We each read everyone else’s short stories. No critiques—that was a rule, no discussing the stories with each other—but for each assignment, we put together a list of our top five favorites, which we also shared, as well as a final “anthology” list of our top ten out of all the stories. It was so much fun reading what others wrote and seeing what they liked and whether it matched up with my preferences.

The first night, I hit a snag. I’d left my Surface tablet at home and ended up taking notes on my phone. Not a great beginning to the workshop. After that, I used Jacob’s Surface synced up to my OneNote account. That first night, we talked about general expectations and were told to send Kris our first story. She would read and comment on all the stories over the next two days. We would also have writing exercises to complete and turn in every day, as well as three more short story assignments over the course of the eight days. The others had been right that there was a ton of writing.

The next day I got another big surprise. It turned out Kris was going to deliver her comments on our stories in public for everyone to hear. I immediately panicked. My stupid story, and all my mistakes, in public…it helped a little that we were all in the same boat, but I wished more than ever I’d written something else. Her critiques were always split into two groups so we weren’t exhausted when they were over, and she did those in our afternoon sessions. Evenings were for discussing the books on the reading list and talking about the elements of fantasy. And every night we turned in our assignments, stories and exercises.

The days were really long. By Tuesday, I’d lost track of time to the point that each day felt about thirty-seven hours long. That was fortunate, because I needed every one of those thirty-seven hours. Not only were there stories and exercises, there were sometimes revisions on the exercises. For the first one, I completely misunderstood the assignment and had to redo the entire thing. Exhaustion was an understatement. I can’t remember ever putting that kind of concentrated effort into writing.

And the first critiques still hadn’t happened. She didn’t get to my story until Tuesday afternoon, and of course it was the very last story of the group. I sat in our circle (we were in a big room, and we chose our seats the first night and those were our places the whole time) cringing and listening to the other critiques and thinking about everything I might have done wrong. Kris did this thing where she’d say the name of the person whose story was next, and then she’d pause for what felt like an eternity while she picked up the manuscript and glanced over it, organizing her thoughts. Finally, she said my name, and then there was the pause. The long, awful pause.

And then she said, “This was spectacular.”

It’s a good thing she wrote all her comments on the printed manuscript, because I don’t recall much else. It was the most extraordinary moment. My stupid story—and I really did think it was stupid—and she loved it. Not just as a reader, but as an editor who would have bought the story.

That moment carried me through much of the rest of the workshop. Not all my stories got that level of praise, particularly the third one, but it was astonishing how on-point all her critiques were. My third story, for example—she gave me the phrase “walking to the story,” which means futzing around with nonessentials before getting to where the story actually begins. (In that case, it was page 15. Ouch.) I learned more from the story critiques than I have in any number of writing conferences.

I got used to the writing load. I’m accustomed to writing an average of 4000 words a day, so once I stopped having to redo writing exercises (Dean is brutal), it wasn’t hard to keep up with the short story writing. That gave me time to go to the beach and to some used book stores. If you’re ever in Lincoln City, stop by Robert’s Books. It’s practically an extradimensional space, and I’ve never seen so many complete series available anywhere. I went out to eat a couple of times with some of the other attendees and had fun getting to know them. I even had time for a nap.

The eight days felt like they went on forever, and they were over before they’d begun. By the time I left for the long drive home, I felt invigorated and ready to tackle the writing project I’d left sitting because it wasn’t coming together. I also had three out of four stories I felt I could start submitting for publication and a much better sense of my abilities. I’d learned the value of critique by someone more experienced than myself as opposed to peer critique. And I had an improved grasp of the fundamentals of writing short fiction and how fantasy stories work. I’d also made friends and contacts in a way I never have at big writing conferences.

So, would I do it again? Most definitely. Despite the expense, which was double to triple the cost of the conferences I’ve attended, and the travel time, the experience was outstanding. It taught me that I was capable of more than I believed, and that I was further along the writing path than I thought. It also showed me that for me, this kind of small group is far more beneficial than a large writing conference, and more comfortable.

“Spectacular.” That was pretty great, too. 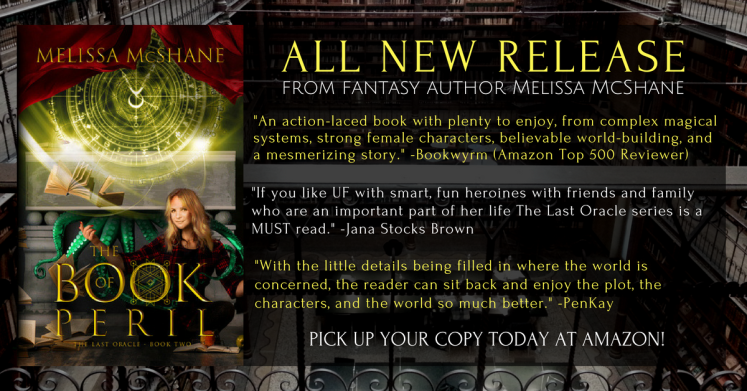