Hey everyone, welcome to We Write Fantasy, a fun space for lovers of the genre (including its many sub-genres), authors and aspiring writers. We have a little bit of everything here, from writing hacks, world-building guides, and free fiction. Occasionally, we also help spread the word for our authors and their latest releases. Today we’re proud to highlight author Jennifer Silverwood’s upcoming contemporary fantasy release: Blackbriar Cove. 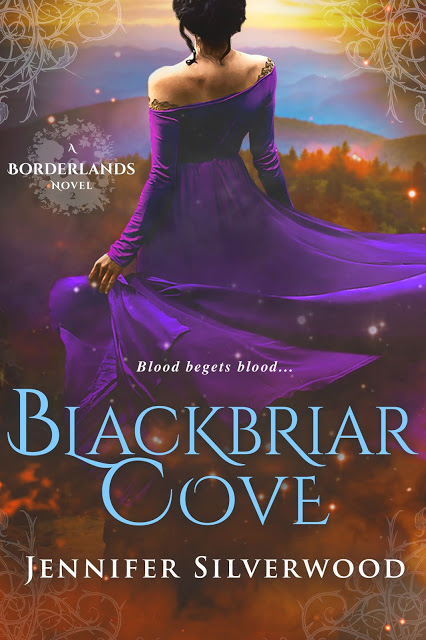 In a single night of madness, Amie won the battle, and lost the two people she loved most. As she struggles to be the queen her people need, her family band together against the hidden threat at their borders.

Haunted by the ghosts of her past, Amie strikes a pact with an ancient being called The Storyteller. In order to see Emrys again, they must put aside their blood feud, and cross the veil to a place of spirits and monsters.

Blackbriar Cove is a land where superstition and chaos reign, and spirits plague dreams. A dark curse has twisted the Unseelie who once lived in the home the Blackbriar twins vowed never to return. But death is not the end in Silver Hollow, and the war for the Borderlands has only begun. 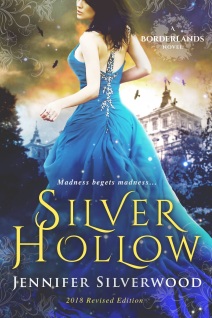 Amie Wentworth trusts books more than people. After her parents’ deaths ten years before, she writes fiction to escape reality. A timely invitation from her long-lost uncle arrives, but she’s used to ignoring the mysteries surrounding her life.

Until she is stabbed in an alley and brought back to life by a handsome stranger. Soon Amie is dragged into the very sort of tale she is used to selling. To make matters worse, the man who saved her life keeps turning up and her would-be-murderer is still at large.

After crossing the Atlantic to her father’s homeland, she discovers a world beyond imagining. Silver Hollow is a place of ancient traditions and supernatural dangers, where everything is the opposite of what it seems and few escape sane. Faced with an impossible choice, Amie is forced to confront a deadly family legacy while remembering a life she soon wishes to forget.

Jennifer Silverwood was raised deep in the heart of Texas and has been spinning yarns a mile high since childhood. In her spare time, she reads and writes and tries to sustain her wanderlust, whether it’s the Carpathian Mountains in Transylvania, the highlands of Ecuador, or a road trip to the next town. Always on the lookout for her next adventure, in print or reality, she dreams of one day proving to the masses that everything really is better in Texas. She is the author of three series–Heaven’s Edge, Wylder Tales and the Borderlands Saga–and the stand-alone titles Stay and She Walks in Moonlight. She recently released her first serialized Urban Fantasy, Angel Blue in August 2018.

One thought on “Cover Reveal: Blackbriar Cove by Jennifer Silverwood”