12 Days of Fantasy for ChristmasDay 10: Scarred Beauty by Jennifer Silverwood 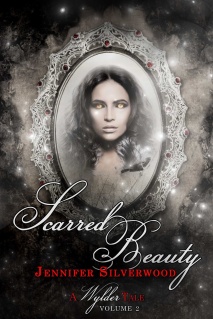 Scarred Beauty Extended Edition
(Wylder Tales #2)
by Jennifer Silverwood
New Adult Gothic Fantasy
Paperback & ebook, 238 pages
December 1st 2016
by SilverWoodSketches
What happens when Beauty becomes the Beast?
Vynasha has become prisoner with the other wyld beasts of the castle, but she is not alone. In the howling darkness her majikal bond with the Dungeon Master, Grendall, grows, awakening the dormant power in her blood.
Yet as she discovers the true nature of the other beasts, she learns she must embrace madness in order to free them all. Vynasha is willing to do anything to end the curse, even if that means transforming into a monster.
Buried secrets come to light in this seductive sequel to Craving Beauty, the Gothic retelling of the classic fairy tale of Beauty and the Beast, where nothing is exactly as it seems and the heroine must be her own hero.

The beast’s life had been forfeit the hour the Prince locked her in the dungeon.

She often dreamed of glittering gems beneath a canopy of starlight and soft silks against satin skin. A perfect wolf moon gleamed in the glass skylight above so silvery beams blended together with the hazy glow of a dozen candelabrum. Joy filled her every step as they danced together, her hand in his, smile lines about his perfect silver eyes. He was like the moonlight and she filled with all the warmth of the sun. His words blurred together in her memory, full of promise and hope until her light died. It was the last moment of her life she could remember and though she could not explain how she knew this, the moment her dreams died.

All dreams die in the damp dim of the dungeon of Castle Bitterhelm.

The beast woke to the echoing roars of her brothers and sisters, kin who were trapped half an age and more, then snarled at the lingering memories. Dreams and memories, like jagged pieces of broken glass stabbed at her mind now and then at the worst opportunity. Just as she was enjoying the feeling of air moving through her fur, as she sat back to release her own cry to the moon.

In the endless black of their prison, she had forgotten much more than the name of the castle. Now it came to her as her last moments as a woman came to her mind, stalling her lumbering movements. She froze, the cry escaping as a bitter whine and she twisted her great head to the courtyard behind her. Bushes covered in blood-red blossoms surrounded her and inside the castle, her brothers and sisters waged war against the master.

And our minds, the thought came softly.

Darkness and pain had been her sole companions for so long, alongside the occasional cries of the others, until she came.

Curse Breaker, she tried to speak her name. The One had come to them at last.

They were too far-gone, she wanted to tell the girl. A deeper part of her, the beast who had slumbered half an age, wanted to rip into their long-awaited savior. She wasn’t sure why she both loathed and longed to touch the curse breaker. Twin glowing eyes, like a wyldcat’s, blazed through the bars of her cell, piercing through the dark and stirring something long forgotten. Immediately, she rose and stumbled as her chains were broken. The girl smiled at her with sharp teeth and then left the door open behind her.

Come and be free, the Curse Breaker said to their minds as she opened their cell doors, breaking both their physical chains and the majik blocking their free will. The curse tied them together in malice yet, however. The eldest among them had one conscious thought that quickly spread through to the others.

Too long they had waited to be freed and now they wanted vengeance. Too late for the curse breaker to call them back. Now they would seek and find their pound of flesh.She thought of her dream again as she leaped and clawed over the hedge, wondered at her reason for coming to the garden while her brethren haunted the rest of the ruin. Another unattainable memory, not to be grasped by beasts after all. This much she knew. None had come as close as she did, to what or who, she was uncertain.

The Curse Breaker will know.

To her surprise, no majik, wyne or beast barred her from slipping past the gates of the Lost City, once known as Bitterhelm. The stars glowed brighter on her fur as she crossed the open downslope between the two mountains. The fog that kept her thoughts hazy seemed to dissipate the further she pushed into the forest below. A lingering ache made her turn one last time towards Bitterhelm’s crumbling towers. A bitter human feeling, that she was forgetting the most important thing of all by leaving, almost made her return to the garden with its sweet roses. But the wyne was right. Too many of her brothers and sisters were filled with violence alone, now. They needed the Curse Breaker to help them remember.

With this final thought, she turned to the forest, trusting an otherworldly sense tying them to the One who came to save and then abandoned them to madness. 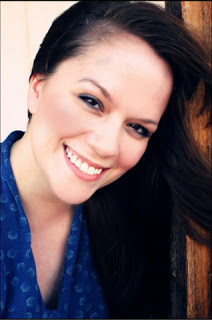 Jennifer Silverwood was raised deep in the heart of Texas and has been spinning yarns a mile high since childhood. In her spare time, she reads and writes and tries to sustain her wanderlust, whether it’s the Carpathian Mountains in Transylvania, the highlands of Ecuador, or a road trip to the next town. Always on the lookout for her next adventure, in print or reality, she dreams of one day proving to the masses that everything really is better in Texas. She is the author of two series—Heaven’s Edge and Wylder Tales—and the stand-alone titles Stay and Silver Hollow. She released her first Adult Contemporary Romance, She Walks in Moonlight on Oct 28th.

1 winner will win a FIRE HD 8 TABLET from Amazon along with the following ebooks:

– THE TALE OF MALLY BIDDLE by M.L. LeGette

– THE TWELFTH KEEPER by Belle Malory

– SERVANT OF THE CROWN by Melissa McShane

– THE DESCENDANTS SERIES by Melissa Wright